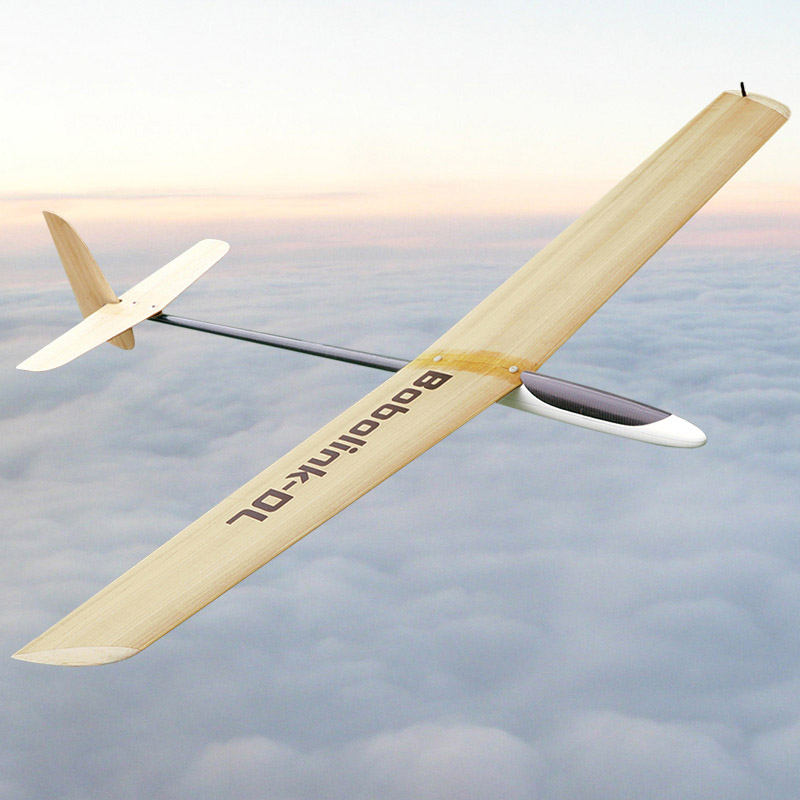 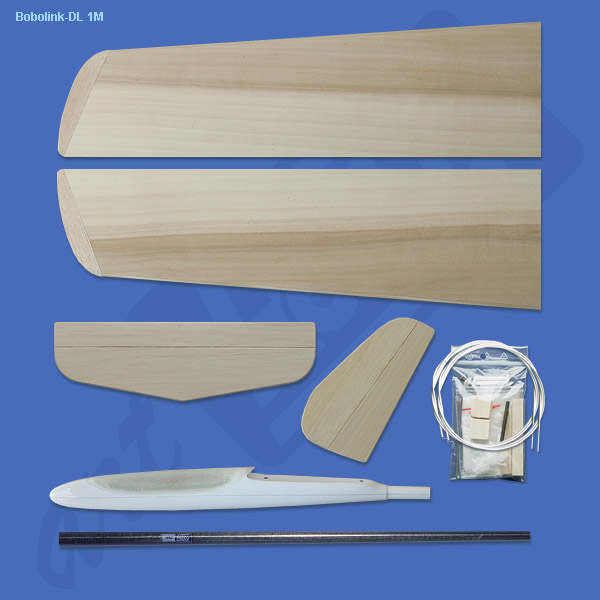 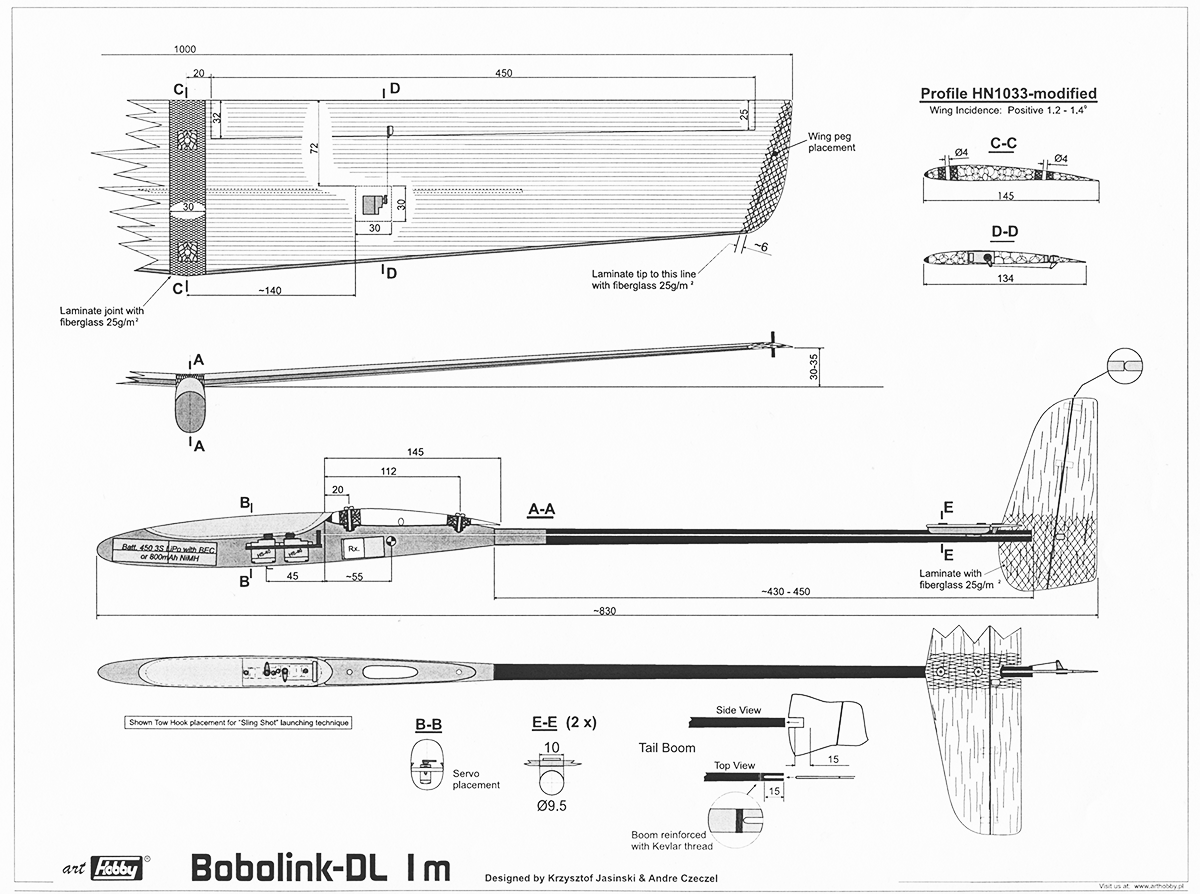 Art Hobby
more articles from Art Hobby
Recommend this item to someone
This item was seen more favorable elsewhere
New version - with flaperon (ailerons can also be used as flaps over the whole length of the wing)!
Bobolink is a DLG version of the Colibri and was specially engineered for discus launch enthusiasts. Its light flying mass and composite fuselage construction makes it very rugged. The HN1033 modified thin airfoil was specially designed to allow superb high tosses, air penetration, excellent handling, and extra long glide time. Bobolink is well suited to be the first DLG glider due to its toughness and good handling characteristics. The Bobolink wing also could be built as polyhedral wing if desired by the builder.
Awesome dlg flight! model 1m bobolink
Art Hobby Bobolink Discus Launch
Bobolink 1m DL
accessories for this item:
Art Hobby 4-Pin Connector (1 pair)
Item no.: A2043
Availability: (Delivery time: The item is in stock. Delivery time Germany: 1-2 workdays, Europe: 3-14 workdays, World: 2-4 weeks)

We use technical cookies on our website, for example to be able to use the shopping cart. Further information can be found in our data protection information.